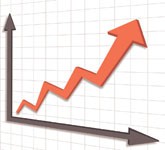 Cook County property tax bills are expected to be released on July 1, 2015. According to the Chicago Tribune, they’re expected to go up by $90 per home on average. Here’s how the increase stacks up based upon what township you’re located in:

Contact us for a free, no obligation property tax appeal estimate