Study: $2 Billion in Taxes Shifted as Result of Flawed Assessments 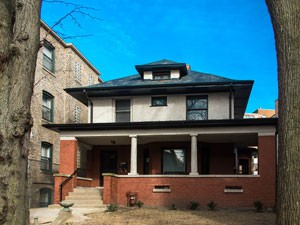 Chicago property owners with homes whose values were over-assessed by the Cook County Assessors Office picked up the tab for homeowners with under-assessed homes, a new study suggests. And the tab? A whopping $2.2 billion between 2011 and 2015.

The study, conducted by the Municipal Finance Center at the University of Chicago’s Harris School of Public policy and reported by ProPublica Illinois, estimates that errors in the county’s tax assessment system led to the massive transfer of taxes onto hundreds of thousands of homeowners with the lowest-valued homes.

“Everyone – even the assessor – now agrees that the system is regressive,” Christopher Berry, the University of Chicago professor who led the study, told ProPublica. “These dollars are being taken from some of our citizens who can least afford it and used to pay the taxes of the wealthy.”

The study echoes the findings of other recent analyses of the Cook County property tax system. In the city of Chicago, the owner of a $600,000 home is likely to pay a tax rate that is 24% lower than the rate of a $300,000 home, a February 2018 independent analysis by the Civic Consulting Alliance (CCA) found.

The CCA analysis also found that a residential property owner in Chicago has a 50% chance of being assessed outside the accepted variability.

The High Cost of Not Appealing

The studies also reinforce the importance of the appeals process, because in a system in which the amount of taxes to be collected is fixed, those who don’t appeal their assessed value end up underwriting the successful appeals of those who do.

The best way to keep your assessment down is to appeal your property taxes twice every year – first to the Cook County Assessor’s Office and later to the Board of Review.

You also need to be sure that you have applied for any exemptions for which you are eligible. Some exemptions, such as the senior homestead exemption or the senior freeze exemption, must be renewed annually.

Appealing Could Save You Thousands of Dollars

If you think your property taxes may be too high as the result of an over-assessment, contact us for a free, no-strings-attached review of your property tax bill. You’ll pay nothing unless we are successful in helping obtain significant savings for you. We don’t take cases unless we think there’s a strong likelihood of significant savings. We use a proprietary algorithm for identifying the comparable properties that create the strongest grounds for appeal and have a success rate of more than 90%.